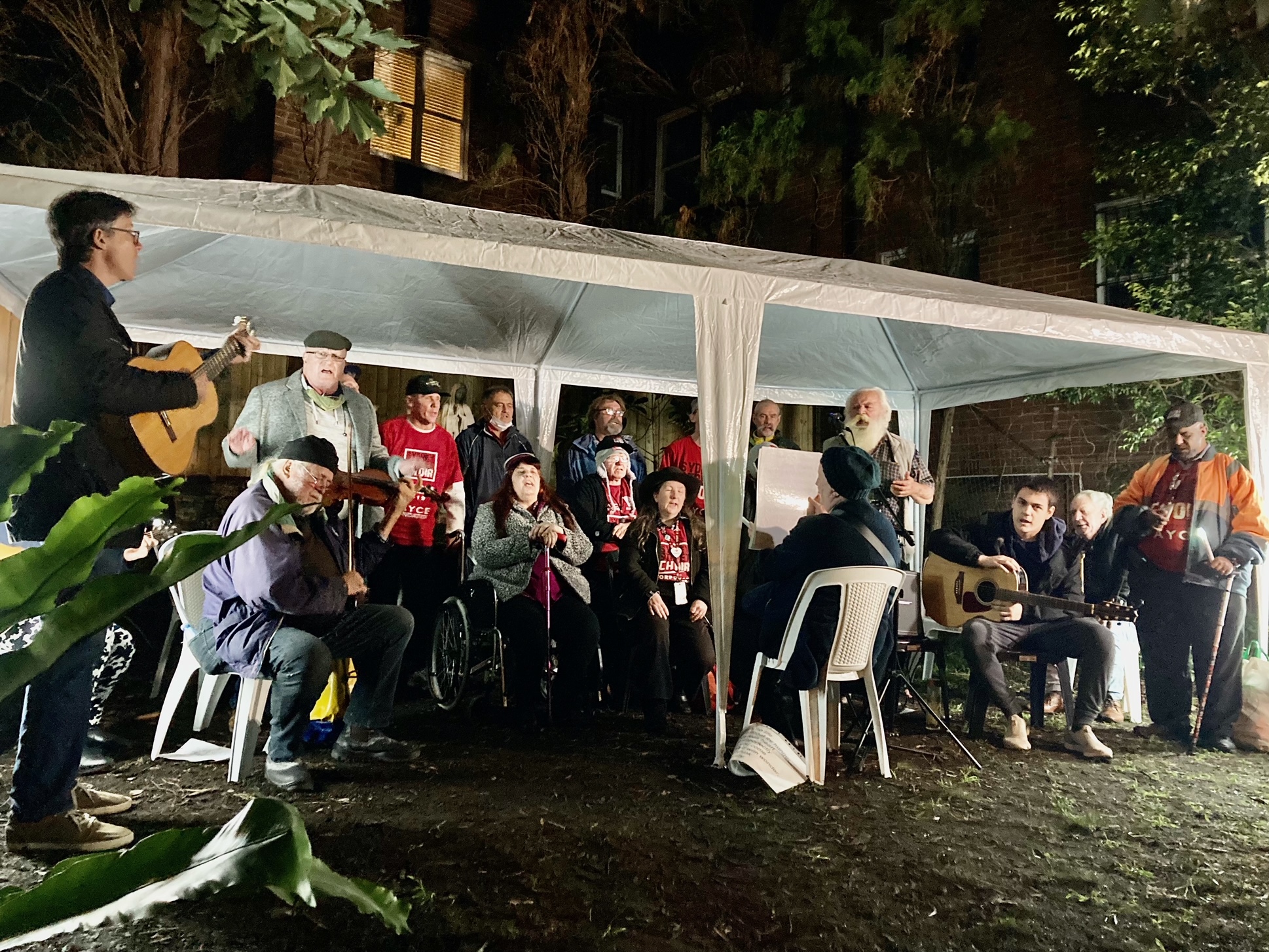 It didn’t look very promising. It was already dark and the tiny little park was wedged between apartments and St Canice’s’ church in Kings Cross. It had been raining off and on all day so the ground was muddy and it was freezing – and has anything great ever happened at 6.30pm on a Monday night?

But as I walked through the gates to Peace Park I saw lights and heard the sounds of a choir singing away in harmony. Inside the park the hundred or so people gathered there were about to make history. This was Australia’s first Homeless Memorial Service, a night to remember and hold close the name of all those who had died alone on the streets of our town.

The 21st of June is the longest night of the year, also known as the winter solstice. In the northern hemisphere there is a long tradition of communities coming together on the corresponding winter solstice night of 21 December each year, to commemorate those that have died homeless, and to reflect on the inhumanity of homelessness. 2021 marks the 30th anniversary of National Homeless Persons Memorial Day commemorations in the US. This year Sydney joined this beautiful tradition.

Sadly, for many homeless who have died during Covid, this was their only commemoration. We listened to the songs, including a beautiful rendition of Imagine by John Lennon, and heard the names of those who have died with no place to call home. It was a long list, but nowhere near as long as it should be. We were again reminded that dying homeless often means dying forgotten.

So we prayed, we sang and we kept vigil and bore witness to the people who died too soon, who had been asked to live a life that was too hard. At the end of the evening as we were all preparing to say our farewells, Mary, a member of that wonderful choir took the mike.

She reminded us all of how hard it is to sleep rough, how lonely, cold and hungry life can get. Her message was simple, “Don’t look away. Don’t be afraid of homeless people. Bring a thermos with you and share a cuppa. Travel with blankets, with beanies and stop and say hello. Otherwise you will be all back next year and more names will be read out. Don’t just pray. Act.”

The night was a community effort put together by the  Sydney Street Choir, the parish of St Canice, the End Street Sleeping Collaboration and Catholic Cemeteries. In these dark times it was a place of song and kindness and inclusion and it was such a privilege to be there. Mourning together is the place to begin changing this story for our town and our community and for our own humanity.