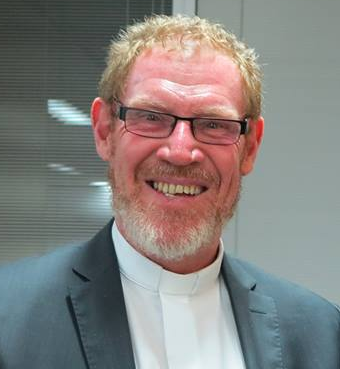 Indonesia has announced that they will execute six people including two Australians of the Bali 9 who were charged with drug offences in 2005. While Myuran Sukumaran’s clemency plea has been rejected, Andrew Chan has yet to receive any answer. The following are reflections from Fr Peter Smith, Justice and Peace Promoter of the Archdiocese, on Capital Punishment in light of Andrew Chan and Myuran Sukumaran.

The Catholic Church has consistently held the view that Capital Punishment is not only justifiable but is desirable in certain circumstances.  This dates back to the NT Rom: 13:4 giving the state the ius gladii–    “if you break the law, however, you may well have fear.  The bearing of the sword has its significance.”(Jerusalem Bible translation) Pius XII stated to a group of Catholic jurists on 5th February 1955 that contrary to adverse opinions this passage was “….of permanent and universal value…” Thomas Aquinas affirms “It is for this reason that both Divine and human laws command such like sinners to be put to death, because there is greater likelihood of their harming others than of their mending their ways.” Summa Theologica (II-II, Q 25 Art. 6, reply to objection 2) Emerging is the notion that capital punishment aligns with the respect for human life and protection of the innocent.  In modern times the Catechism of the Catholic Church states “The traditional teaching of the Church does not exclude…..recourse to the death penalty, when this is the only practicable way to defend the lives of human beings effectively against the aggressor.”(No 2267)  It is interesting to note the “softening “of language from the 1992 edition to the second in 1997 picking up the language of John Paul II in Evangelium vitae (25th March 1995). No 2267 of the Catechism continues “If instead, bloodless means are sufficient to defend against the aggressor and to protect the safety of persons, public authority should limit oneself to such means, because they better correspond to the concrete conditions of the common good and are more in conformity to the dignity of human persons.”  It is the notion of protection of innocents that continues to give capital punishment its moral weight.  This is not extinguished by imprisonment as there is much evidence to suggest criminals can still attack the innocent vicariously.  Despite the above, there have been consistent calls for the abolition of the death penalty from within Catholic circles such as the French 1979, Canadian 1996 and American Bishops 2005. Perhaps part of the rejection of such calls is, as Avery Dulles suggested in 2004, is due to the concern that “…the reversal of a doctrine as well established as the legitimacy of capital punishment would raise serious problems regarding the credibility of the Magisterium.”

Whilst this is only a cursory glance at the literature I believe it demonstrates that the abiding attitude of the church has and continues to be, one of acceptance of the principle of capital punishment as an extension, paradoxically, of the social teaching of the value of human life and the need to protect it from unjust aggressors. It seems therefore that it would be counter-productive at this point to support an appeal for clemency by arguing against the death penalty per se. It is feasible though to argue for clemency for Andrew Chan and Myuran Sukumaran on the basis that they are not a threat to any persons, innocent or otherwise and that the granting of clemency would be re-enforcing the church principle of the value of their (human) lives. This argument is strengthened by what would seem both their remorse and the value of the contribution they are currently making within the justice system. To this end then, the implementation of the death penalty would be counter-productive to the common good of both the inmates and guards of the kerobokan jail. This however leaves the twofold argument of the retributive purpose of the death penalty and the deterrent value to other would be perpetrators. The Church position with regard to retribution is that it must “be commensurate with the gravity of the crime” (Catechism 226.). proportionate to the offence. Further, the death penalty does not allow for any rehabilitation and hence may often be an expression of vengeance rather than retributive justice. In this case I doubt that it could be thought such punishment is commensurate to the offence; but that presumes a western mentality and may, in the President’s mind undermine the deleterious effects of the crime. With regards to the deterrent value, there is a large body of evidence which suggest that the death penalty has little or no deterrent effect in regard to homicides in the United States.  (cf. for example M. Radelet and T. Lacock, Do executions lower homicide rates?: The views of leading criminologists, 99 Journal of Criminal Law and Criminology 489 2009.)

In conclusion; whilst the church condones (albeit at times reluctantly) the death penalty it would seem that there is little or no purpose to be served here except the force of law itself. President Joko Widodo has the opportunity to show an example of compassion and respect for human life which, while not in any way condoning the act, gives Mr Chan and Mr Sukumaran an opportunity to atone for their crime by the way they conduct their jail time and still send a strong message of intolerance for the crime…. It seems the Holy Father, like his predecessors, seeks compassionate forgiveness rather than vengeance. Both Pope John Paul II and Benedict XVI made petition around an Australian Van Nguyen arrested in Singapore in 2002. In light of the facts of the case and cognisant of Church tradition and teaching I believe that the common good would not be served by the execution of Andrew Chan and Myuran Sukumaran and adding the voice of the Vatican to the appeal for clemency would confirm and strengthen respect for human life.