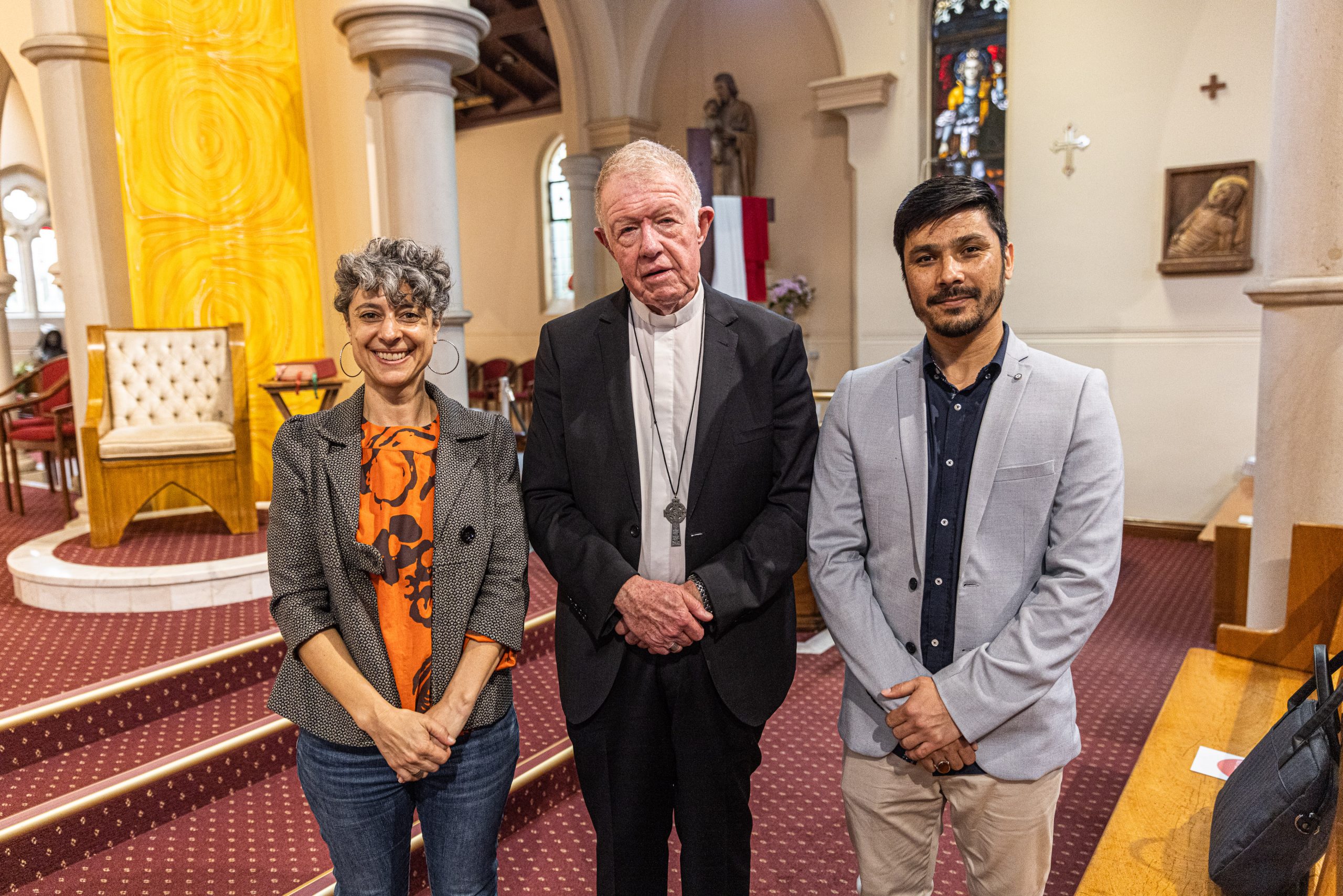 By Debbie Cramsie, The Catholic Weekly

Sydney Auxiliary Bishop Terry Brady has joined with refugee advocates and members of the Josephite Justice Network to launch a new campaign calling on all Catholics to stand with and for justice for those seeking protection.

Called 150 Days of Action for Refugees, the campaign is a response to Pope Francis’ declaration of 2021 as the Year of St Joseph, who was himself a refugee in Egypt and is “the special patron of all those forced to leave their native lands because of war, hatred, persecution and poverty”.

Organisers aim to change Australia’s attitude and policies towards those seeking protection in Australia who consider the issue “solved” due to the strict border control measures enacted by the Coalition government.

Prayers read at the launch called out to God for justice and sought to give voice to the frustrations, lamentations and heartfelt wishes of refugees and their allies.

Bishop Terry Brady launched the campaign with a liturgy at the Mary MacKillop Memorial Chapel, North Sydney, telling participants that they “could make and must work to make a real difference”.

“No one leaves their homeland unless they are pushed … this is why prayer is so important, let the Holy Spirit work, to let the Lord work, but we also need to put works into action…every refugee, every asylum seeker, every homeless person on the street…there is Jesus,” he said.

“This is a wonderful opportunity for us as a community to really focus on both prayer for our refugees and asylum seekers as well as to move the issue into the eyes of our leaders both within the church and also in the bigger community of political and business leaders to make change.”

Organiser Sr Jan Barnett rsj, the co-ordinator of the Josephite Justice Network, was inspired by the passion and variety of participants.

“The launch was an extraordinary encounter with representatives from an amazing diversity of Church, schools and community groups,” Sr Jan said.

“Witnessing their passion, generosity and commitment to both prayer and action was inspiring and challenging.

“The journey with refugees and people seeking asylum, who are experiencing, on a daily basis, the cruelty and injustice of Government policies, can be dispiriting.

“It has reminded us, however, that we must live with hope, even in the midst of despair.”

The 150 days of action will conclude with a Day of Lamentation and Call on Refugee Sunday, 27 September.

This story first appeared in The Catholic Weekly on 16 May 2021 with the title “Passion as refugees campaign kicks off”. Republished with thanks.