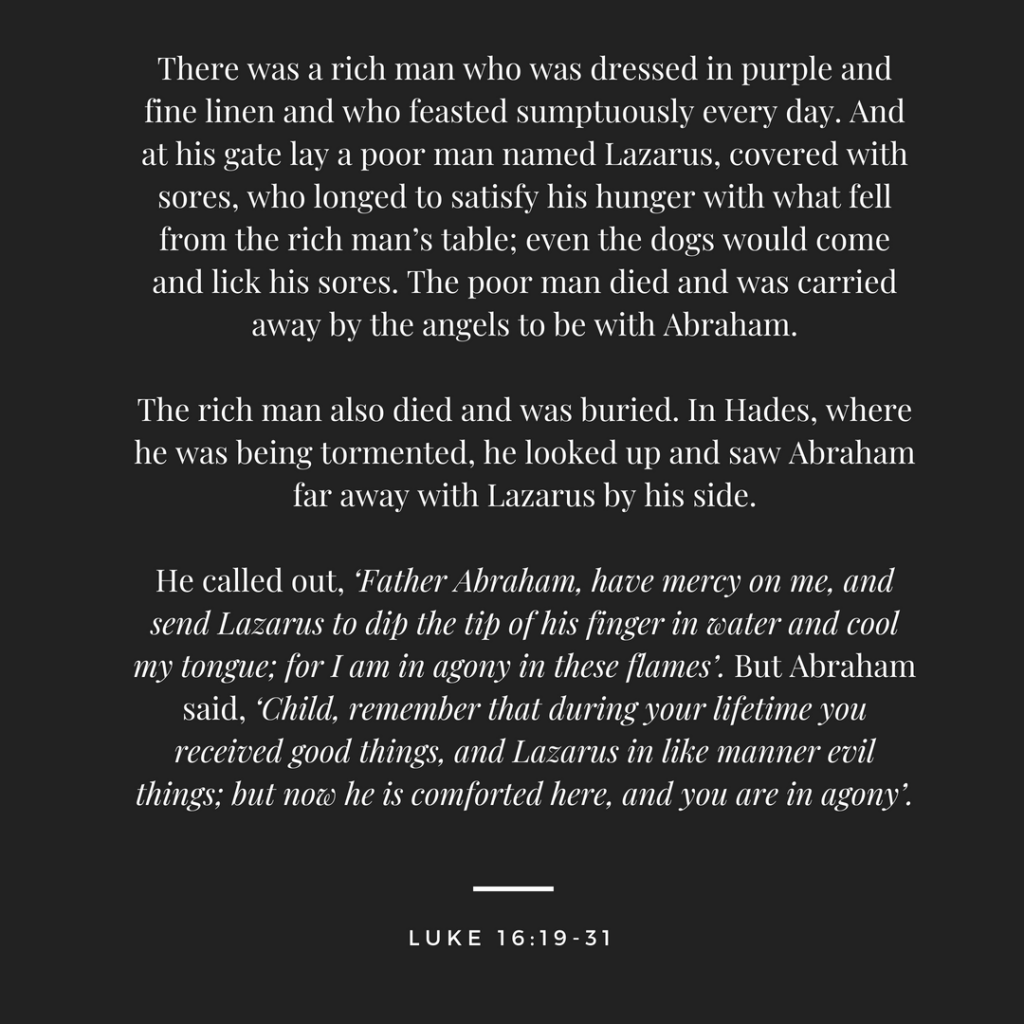 The Church has a long tradition of teaching on the poor and poverty (see the Catechism, esp 2442-2449), especially in relation to economic systems and values. A lot of this teaching is specific and deals with detailed questions about economic decisions, policies – both national and international and examines big questions on economic theories and philosophies. In a broader sense it is more helpful, as an introduction to get a feel for some of the key principles and beliefs that underlie these more content and historically specific teachings.

Love for the poor is incompatible with immoderate love of riches or their selfish use.

– Catechism of the Catholic Church: 2445

There are some key elements of Catholic Social Teaching that frame the Church’s response to poverty, they are solidarity, preferential option for the poor and the universal destination of goods. As always, the beginning point for all the social teaching is human dignity. It is the right of every human to be treated in accordance with their innate dignity and society ought to be ordered towards that good. Socio-economic structures which put and keep people in poverty and disadvantage therefore are inherently unjust and require change.

The Church believes that all of Creation is a gift given equally to all of humanity to be shared in such a way that every person has the necessary resources to live a life that reflects their dignity – this includes not just material basics but also opportunities to fulfill ones potential. So while the Church consistently upholds the right to private property, that right is not absolute and should always be ordered towards common use and the duty to share, and most especially to not take more than you need. In that regard, poverty precisely because it is largely the outcome of structural decisions about who gets how much is a violation of this principle.

The principle of solidarity is connected not just to the material deprivation people in poverty experience but also to the exclusion, shaming and powerlessness that accompanies it. Truly being in solidarity with those in poverty therefore is as much about accompanying and relieving their material poverty, but also truly seeing God in them and recognising their shared and equal human dignity.  Pope John Paul II reminds us that solidarity is a holistic state, a state to bring about the common good; it is a commitment to work for the social, economic, cultural and environmental conditions which allow each and everyone one of us to reach our potential. It is about truly standing with and loving the whole person.

Those who oppresses the poor show contempt to their Maker, but those who are kind to the needy honour Him.

Closely connected to this is the belief in a preferential option for the poor, which is a deliberate choice to be on the side of the poor, just as we see in the Gospel. It is an obligation of love that sees decision making think of the poor first, not as some afterthought. As the Australian Bishops reminded us in their 1996 Social Justice Statement, ‘A New Beginning‘, ‘it includes a willingness and readiness on the part of the better off to share their wealth and their power.’ But as Pope John Paul II commented in his 1991 encyclical Centesimus Annus we must also be careful not see the poor as victims only to be helped. People’s poverty is not simply about lacking in resources but more significantly about being excluded from networks of exchange and productivity (for example an employment sector that largely excludes people living with disability is the real cause of their economic poverty).

In a broader sense our tradition, like the Gospel it grows from, is always calling us to see the world from the perspective of the poor, forgotten, marginalised and outcast and to be like Jesus in accompanying them, being in true relationship with them and working for a kingdom where the poor come first. We are reminded time and again in Scripture that God is on the side of the poor, not because they are superior, but because poverty is an affront to God’s design for us and he stands with and wants justice for those whom the world has discarded and diminished in such a way.

The Church, both Australian and universal, has a very rich literature on issues of poverty, most especially on the values and approaches that should underpin our economic systems. The below list of select reading will give you a deeper insight and a better sense of the detail in the Church’s view on this very broad topic.