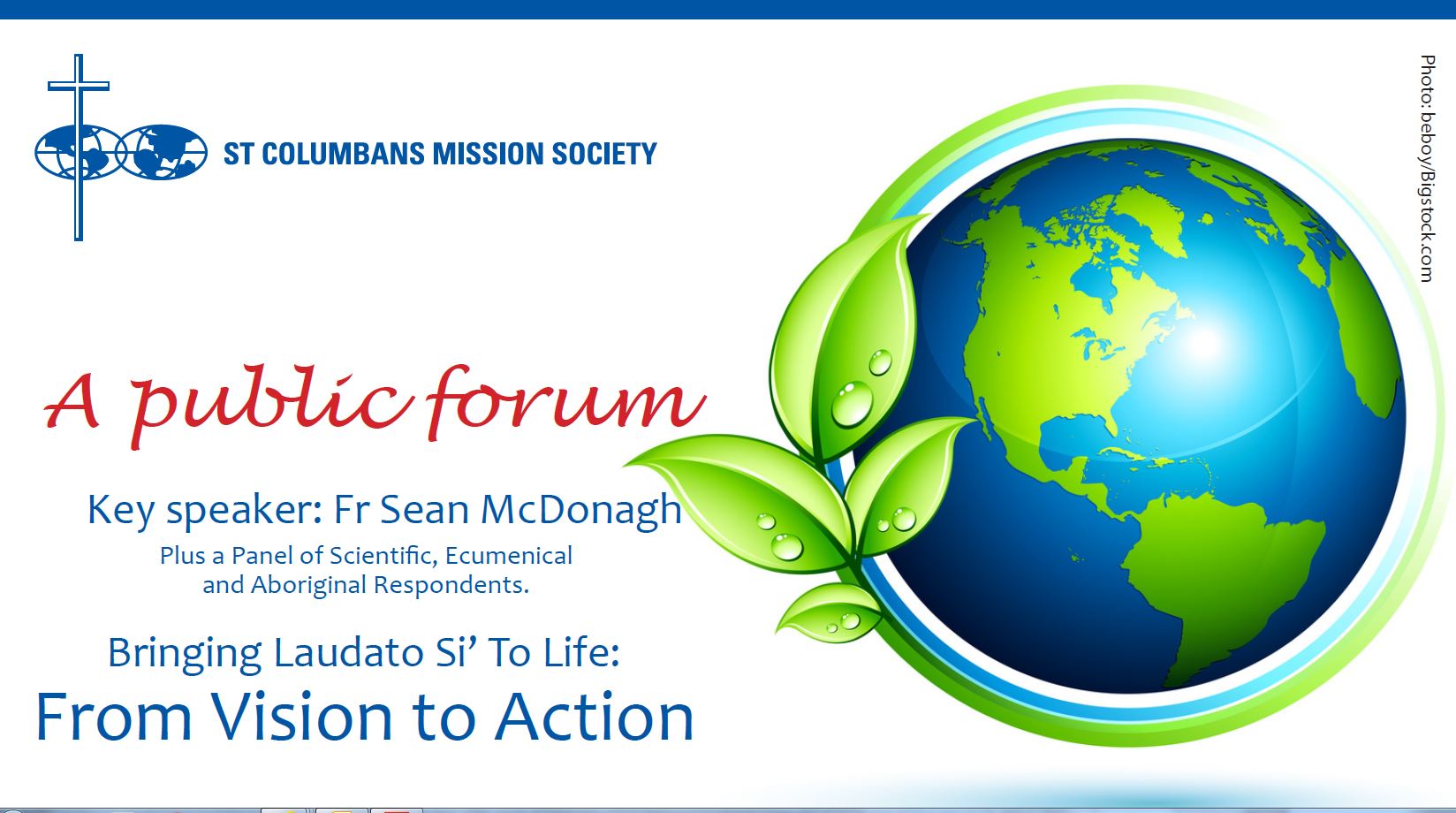 Bringing Laudato Si’ to Life: From Vision to Action

Irish Columban missionary priest, Fr Sean McDonagh is well known around the world as an eco-theologian who works to raise awareness of the connections between justice and peace issues, environmental sustainability and faith.

He regularly teaches on these issues, speaks at seminars, is a patron of Christian Ecology Link and writes a weekly column in The Universe Irish Catholic newspaper.

He critiques policies that allow for the systematic degradation of the environment, linking them to global poverty and the increased suffering of the poor.

It was during his work with the indigenous T’boli people on the Philippine island of Mindanao in the 1970s and 1980s that his understanding of environmental issues and the relationship between faith, justice and ecology took hold. He spent significant time working alongside creation theologian Thomas Berry in the United States, and has strongly urged the church to take up Pope John Paul II’s challenge to undergo an ‘ecological conversion’ advocating that environmental justice must be a core Catholic activity.

Fr Sean now sees Pope Francis’ Laudato Si, the first encyclical devoted entirely to the environment and related social justice issues, as representing a watershed in the church’s engagement with such urgent challenges as climate change, environmental degradation, and the fate of the poor.

Following the release of Laudato Si’, Fr Sean published a book which joins the full text of Laudato Si’ with his reflections. Aside from reviewing the history of Catholic teaching and the environment, he elaborates on several of the specific themes in the encyclical—climate change, biodiversity, water scarcity, the threats to the ocean, and the crisis of food. He concludes with prescriptions about what must be done to turn the pope’s vision into a program of effective action.

To learn more about the upcoming public forum and to RSVP, click here.