“Aboriginal and Torres Strait Islander Culture has been in place for over 60,000 years in Australia and is the oldest surviving culture in the world. However, there was not a singular ‘culture’ shared by the thousands of language groups that covered the Australian continent at the time of settlement. Each group had different environments and differing kinship systems, dreamtime stories and spiritual beliefs. There were, however, constant threads throughout including the concept of a creator spirit that looks provides and watches over us. Aboriginal and Islanders are a spiritual people, a people who are aware of the spiritual reality of the land and of their own lives

When early Christian Ministries introduced the Bible to Aboriginal people, the Elders recognised many similarities between the Old Testament stories and traditional stories, laws and the teachings of God (or a creator Spirit). They believed and had faith in their Ancestor Spirit and relied on Him for all their needs. He was their Protector, Provider, Carer and Saviour. His name was honoured.

Traditional culture uses stories to teach about sharing, caring for eachother and the land and providing moral guidance. The stories throughout the bible serve the exact purpose – placed God’s teachings into our own cultural context. An excellent example was provided by Pastor George Rosendale:

Then there is the story of the black and white cockatoos. They were brothers. One day the white cockatoo found the black cockatoo sitting under a shady tree looking angry and upset. ‘What is wrong, brother?’ ‘I’m angry with dad because he made me black. Why didn’t he make me like you? I’m going to change myself’. He went to his uncle’s country and asked him for honey and clay. ‘Get as much as you like, there’s plenty there’. He got the clay and honey and went back home. He powdered the clay and rubbed honey all over himself and put the powdered clay on. He looked at himself and said, ‘Now I look like my brother’. His granpa got so angry with him and he called on the monsoon to bring rain. It washed all the clay off him.

Later his brother came and spoke to him. He reminded him about his father’s love for him. He took him to the father and made things right again. Today the black cockatoo is happy. He’s singing when flying and feeding. Jesus our Big Brother has made things right for us. He has broken the barrier that kept us away from our Father and each other. (Eph. 2:11-22; Rom. 5:1-11.)

The story illustrates wonderfully the ways in which Aboriginal and Torres Strait Islander Catholics can adapt and see the similarities of the stories contained in the bible with traditional teaching and stories. The underlying lesson is clear, it is the context that provided the feeling of ownership of the teaching. Once these connections are made, the Gospel is perfectly relevant and at the centre of the faith systems of Aboriginal and Torres Strait Islander Catholics.

Contemporary society places very little importance on spirituality. The pace of a life littered with technology, responsibilities, appointments and the stresses of providing for the family leave means that the most precious commodity is time. Mainstream western society has, objectively, lost most remnants of spirituality.

The move away of spirituality has unfortunately seen negative connotations on Aboriginal and Torres Strait Islander people. As they have been forced to integrate into the ‘white’ way of life, Traditional rituals, language and spirituality have been suppressed, lost or ignored.

In places where the Catholic Church has its arms open to the Inculturation of the Mass and the physical Church, these houses of God become places of not only worship, but also places where traditional symbolism and language can be practiced and renewed. Catholicism does not strive to take the place of Traditional Culture, rather it harbors a deep desire to be enriched by the gifts that the first Australians can bring.

Pope John Paul II’s visit to Australia in 1986 and his address to Aboriginal and Torres Strait Islander people was pivotal in the journey of Indigenous Catholics. It sparked a ‘reconnaissance’ of Aboriginal and Islander Ministries. The entire speech can be accessed here, however the two best known passages are:

‘Take heart from the fact that many of your languages are still spoken and that you still possess your ancient culture. You have kept your sense of brotherhood. If you stay closely united, you are like a tree standing in the middle of a bush-fire sweeping through the timber. The leaves are scorched and the tough bark is scarred and burned; but inside the tree the sap is still flowing, and under the ground the roots are still strong. Like that tree you have endured the flames, and you still have the power to be reborn. The time for this rebirth is now!’

‘As you listen to the Gospel of our Lord Jesus Christ, seek out the best things of your traditional ways. If you do, you will come to realize more and more your great human and Christian dignity. Let your minds and hearts be strengthened to begin a new life now. Past hurts cannot be healed by violence, nor are present injustices removed by resentment. Your Christian faith calls you to become the best kind of Aboriginal people you can be. This is possible only if reconciliation and forgiveness are part of your lives. Only then will you find happiness. Only then will you make your best contribution to all your brothers and sisters in this great nation. You are part of Australia and Australia is part of you. And the Church herself in Australia will not be fully the Church that Jesus wants her to be until you have made your contribution to her life and until that contribution has been joyfully received by others.’

There are Aboriginal and Islander ministries in every State and Territory of Australia. In each of these ministries the traditional owners are striving to incorporate the gifts of their culture, rituals and symbols into the physical church, the liturgy and the life of the Church. Examples are Aboriginal art and items being used as alter cloths and vessels. There is also places where rituals such as water blessings and smoke ceremonies are culturally appropriate to incorporate into the Mass.” 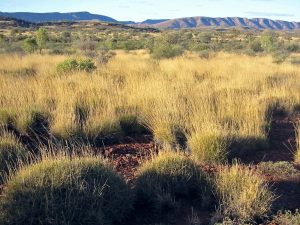 When I read the Gospels, I read them as an Aboriginal. There are many things in the Gospel that make me happy to be an Aboriginal because I think we have a good start .. Christ did not get worried about material things…

He was born in the countryside in a cave. like many of us have been born. He walked about like us and with nowhere to lay his head. He died with nothing on a cross. So many of our people die with nothing. He liked the bush as we do. He loved nature … He loved the big things like the hills and open spaces. He loved the little things like the mustard seed and the grain of wheat and the com, drops of cold water and the little sparrows. We have similar 3 things like seeds and berries and yams, small water holes, and we like the quietness of the hills and the bush. Like him we have a deep sense of God in nature.

We like the way he uses the things of nature to teach, and the important part nature plays in the Sacraments … We can appreciate also the community nature of the Church, because we are very conscious of being part of a group bound by religious ties. We are strong on ceremony. through dance and song and painted bodies. Our ceremony closely involves groups and group participation… So the ceremony of the Mass, the ceremony of the Sacraments and the ceremony of the liturgy should fmd a ready response in us, provided it is made meaningful, based on a theology that is tuned to the Aboriginal mind.

Keynote speeches taken from the 2015 NATSICC National Assembly in Darwin

The latest Aboriginal and Torres Strait Islander Sunday resources. Shirley Quaresimin shares her faith story as an Indigenous person and Catholic from the Kimberley

A Torres Strait point of view on Spirituality

Erica Bernard on finding harmony in Aboriginal spirituality and Catholicism