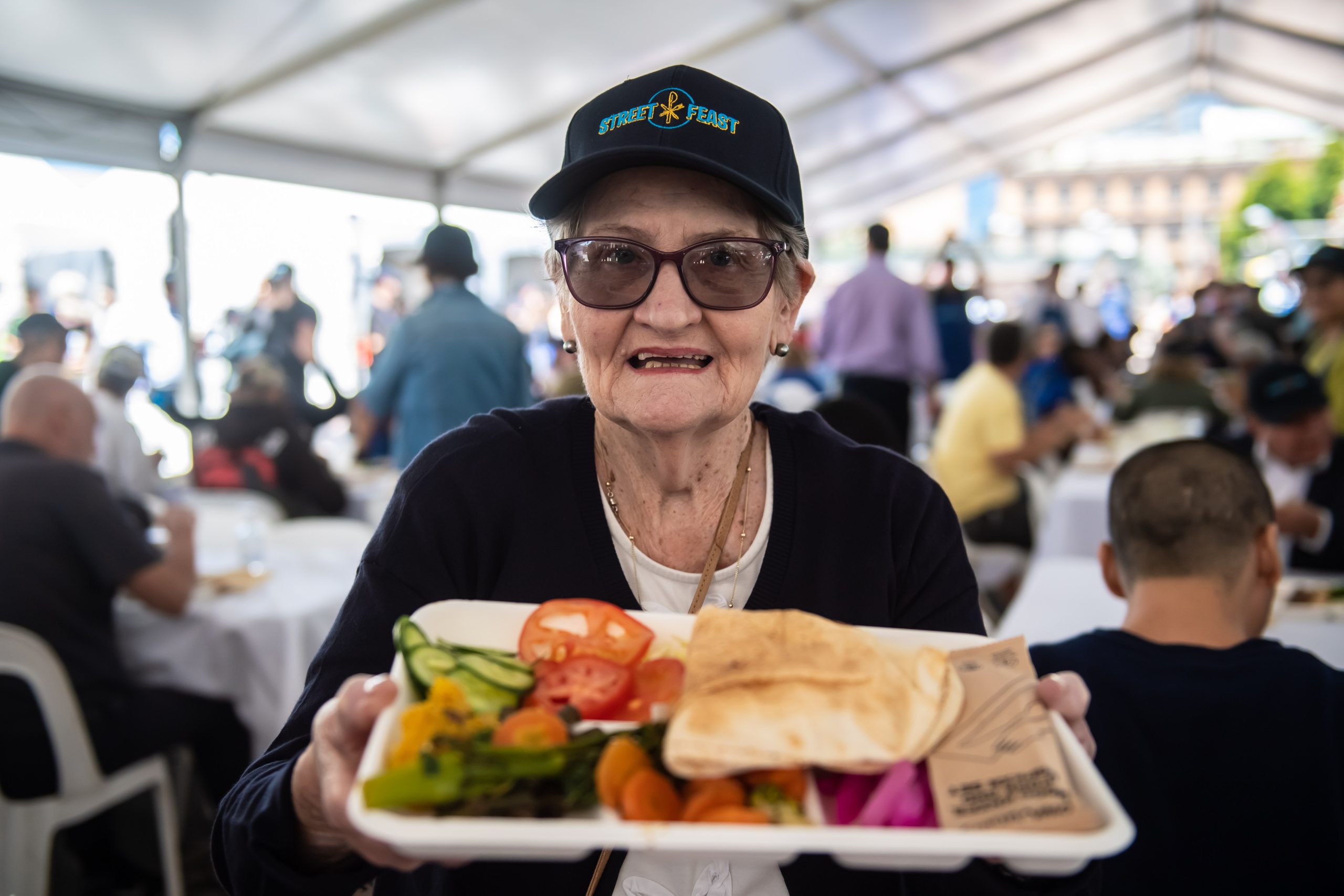 Sydney Street Feast returned to the forecourt of St Mary’s Cathedral on Friday 18 November 2022, after a two-year hiatus due to COVID.

Street Feast was introduced by the Justice & Peace Office in 2017 in response to Pope Francis’ initiation of an annual World Day of the Poor on the 33rd Sunday in Ordinary Time.

Pope Francis’ message for the day reads, in part:

It is not a question, then, of approaching the poor with a “welfare mentality”, as often happens, but of ensuring that no one lacks what is necessary. It is not activism that saves, but sincere and generous concern that makes us approach a poor person as a brother or sister who lends a hand to help me shake off the lethargy into which I have fallen. Consequently, “no one must say that they cannot be close to the poor because their own lifestyle demands more attention to other areas. This is an excuse commonly heard in academic, business or professional, and even ecclesial circles… None of us can think we are exempt from concern for the poor and for social justice” (Evangelii Gaudium, 201). There is an urgent need to find new solutions that can go beyond the approach of those social policies conceived as “a policy for the poor, but never with the poor and never of the poor, much less part of a project that brings people together” (Fratelli Tutti, 169).

Our hope is that Street Feast is the beginning of imagining that shared future together. We were overwhelmed by the response to our call for volunteers, with over 100 parishioners from around the Archdiocese giving their time to join in the event. Special thanks to the sponsors of the event, St Merkorious Charity, PAYCE Foundation and Paynter Dixon.