Pray for Peace, Act for Peace 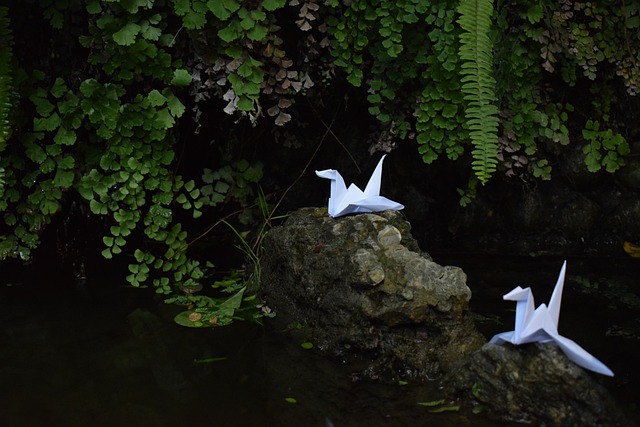 As we approach the anniversaries of the bombings of Hiroshima (August 6) and Nagasaki (August 9) next week, it makes sense to reflect on the situation of peace in our world today or lack thereof.

The world is not at war in the same way that it was in 1945, but Pope Francis has warned several times in the last few years that we are in the middle of a third world war fought piecemeal. In addition to this there are still dozens of internal and international armed conflicts going on in our world today.

When Pope St John Paul II visited Hiroshima in 1981, he made a powerful plea for peace. In response, the following year the Catholic Bishops of Japan instituted the Ten Days of Prayer for Peace initiative from 6-15th August each year for everyone to pray for, think about and act for Peace. Last year, in their message commemorating the 75th anniversaries of the bombings of Nagasaki and Hiroshima, the Catholic Bishops of Japan advocated for the protection of all life, the abandoning of war and permanent peace.

While most, if not all, of us are not directly involved in promoting armed conflict, there is one area where we might be complicit: our investments. For those who also want to take action to achieve peace, this is one thing we can do – examine our investments and divest of them if they are in weapons. Pope Francis has recognised that one of the causes of the third world war fought piecemeal is the constant production of ever more destructive weaponry.

Pope Francis has followed in the footsteps of his predecessor Pope St. John XXIII who among other means also sought peace by encouraging complete disarmament: “Unless this process of disarmament be thoroughgoing and complete, and reach men’s very souls, it is impossible to stop the arms race, or to reduce armaments, or – and this is the main thing – ultimately to abolish them entirely.’” (Pacem in Terris, 113). Pope Francis has also declared that it is no longer tolerable to manufuctaure and traffic in weaponry, especially when that money can be used to treat people and save lives.

Please see below the a prayer for nuclear disarmament and peace which was written by the Office for Social Justice.

A Prayer for Nuclear Disarmament

Lord of all creation, make us instruments of your peace.

Let us learn the lessons of the past, and put an end to nuclear weapons.

Where there is hatred, let us sow love.

leave no place for making or owning weapons of mass destruction.

Where there is injury, let us be bearers of your healing and pardon.

May we create paths to dialogue, understanding and reconciliation.

Where there is doubt, let us foster faith in you.

May we let the weapons fall from our hands and know that you are God.

Where there is despair, let us hold up hope.

May our lives reflect your love in the face of violence,

knowing that love is stronger than death.

Where there is darkness, let us be bearers of your light.

May our choices show that peace is possible.

Where there is sadness, let us bring the joy of the Gospel.