When we think of peace and conflict we usually think big. We think about wars, military interventions and in terms of nations, regions and globally. That is an essential element of this issue, but peace results not just from good international relations but is the result of peace being cultivated in people’s everyday lives. Global or even national peace is  built by individuals steadfastly committing to peaceful lives for themselves, their families and their communities. This is what is meant by ‘positive or just peace’; a conception of peace that the Church has and for which it advocates.

This kind of peace, real peace, includes elements like the absence of inequality, economically and otherwise, the care of our environment, and as Pope Francis recently called it an overall ‘politics of non-violence’ that permeates a society’s attitude from personal lives to the culture of it’s institutions. This means that each of us is a necessary part of the effort to bring about global peace. It means that all our seemingly small and inconsequential actions have real consequences for our homes, neighbourhoods, nation and world. This section then, explores what peace means here in Australia, both domestically and abroad.

Australia in the World

How we behave globally, and especially regionally given our powerful position in the Asia Pacific region, is a significant indicator of our commitment to and the nature of our peacefulness. What kind of global neighbour are we? As a nation are we doing our part to make the world a home in which the stranger is not begrudgingly tolerated but lovingly welcomed and given their right to flourish as God intended?

In a 2007 Social Justice Statement the Australian Bishops asked us to consider our role in the world through the lens of globalisation and interdependence and base our judgements largely on the question of ‘whether the least amongst us are doing well?’ This question can be applied across a range of issues:

In the decade since the Bishops wrote that Social Justice Statement, their concerns about the effects of increased trade liberalisation and ever rising rates of consumption have only grown more relevant. While not in itself a bad thing, free trade has created much inequality and in too many cases abhorrent and unfair situations in some countries. While we do not need to do the large and complex job of unpacking all of the trade agreements to which Australia is a signatory, we do need to be more informed and discerning about the cost of our actions, especially our purchases, on others as well as on our environment. As a recent documentary on the development of ‘fast fashion’ and as Pope Francis in his 2015 Encyclical Laudato Si’ make clear, the true cost of that $5 T-shirt or that 10th pair of shoes is generally very high for the poor, workers and Creation. In that way we must do our part to not participate in this unfairness in our everyday choices, and when we can we must put collective pressure on our governments to make trade agreements and conditions more just and equitable.

There is much to be proud of in this area. Since the middle of the twentieth century Australia has been an active participant in major United Nations’ peacekeeping and peacebuilding efforts in a range of places such as Somalia, Cyprus, the Middle East and Cambodia. Further, in the last two decades Australia has been a leader in major  peacekeeping efforts in our own region in Solomon Islands, East Timor and Bougainville. Australians have been largely very supportive of these most recent efforts and have donated  time, money and goods to help alleviate the suffering in these places. And though we cannot dismiss the role Australia played,  more recently and historically, in contributing to or making worse those conflicts, the leadership shown and commitment of resources to help build peace in our region deserves praise. 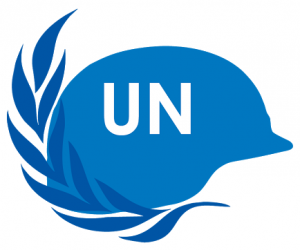 In other ways Australia is not doing enough and in some cases has acted unjustly as a global citizen.  While it is not a position that everyone agreed with at the time or since, Church leaders from  Pope John Paul II1 to the Australian Bishops condemned  the war in Iraq2  following the September 11 terrorist attacks. The war, as well as the bombing of Afghanistan, also in response to September 11, were largely seen as unjust based upon the Church’s principles of ‘just war’ especially because they were pre-emptive acts of violence and unsupported by the UN.  Many scholars and political commentators have since seen that war as contributing to the rise of Islamic State (or ISIS) and so the increased instability in the Middle East and spread of more frequent terrorism around the world.

As another example and closer to home, there has been much criticism of Australia’s behaviour towards Timor-Leste in relation to the oil fields in the Timor Gap, north-west of Australia. Though this relationship has a long history, the most recent complaints have come about since Timor’s independence in 2002. After this time the negotiation of boundaries, the revenue split and the manner in which Australia has acted towards Timor, particularly leveraging Australia’s far greater power and resources to make treaties and agreements that unfairly benefit Australia and hurt Timor, have all been criticised by legal, human rights and faith groups, including the Catholic Church3. As of January 2017 after years of tense diplomatic relations the most recent (2006) treaty has been revoked and Australia and Timor-Leste will continue in arbitration at The Hague to settle permanent maritime borders; an issue Australia has not wanted to settle for the last fifteen years.

One last example of the ways in which Australia has not been as good a global neighbour as it could be has been the progressive decline in the amount of its foreign aid and development assistance over the last forty years. When surveyed, most Australians thought we gave about 16% of our budget on foreign aid, the reality is far lower at just 0.22 in September 2015. That was its lowest since 1974 and the Government plans to cut it by a further 33% (in relation to our Gross National Income) by 2017-18. If accomplished this will be the biggest drop since 1974 when the programme was founded. This makes Australia one of the least generous developed nations. In May 2016 the International Monetary Fund ranked Australia as 7th (or 8th depending on the measure) most prosperous nation in the OECD. Yet in 2015 we fell from 13th to 16th in the ranking of aid as a percentage of Gross National Income given by OECD countries. This, at a time when most other developed nations have been increasing their aid in the face of the rise in humanitarian needs, especially in the Middle East.  As the Australian Bishops said in 2007, (when our foreign aid was more generous) ‘we could and should do more’.

Foreign aid is important not only because it is just for those with more to give to those with less, especially when those people are often incredibly poor and suffering, but because investing wisely in other countries across all areas of development is an essential part of building peace. Improved education, health care and living conditions as well as healthy ecosystems are essential to peace. Creating a stable government apparatus which in turn can create a stable environment for sound business investment and equitable distribution of wealth are also essential to peace. Poorer countries cannot do this on their own and we should not expect them to when we  have enough to share but also because we have often been complicit in the circumstances and conflicts that created their poverty and oppression.

(Please note these resources are provided for reference only, we do not necessarily endorse all the views or content in each one, nor have we ‘vetted’ any volunteering suggestions).

As individuals, but especially as communities, we can be a positive force for peace abroad. A few suggestions to get you started:

The Bishops argue that anger in our hearts combined with a culture that encourages, indeed places an extremely high value on competition and consumption, and its consequent exclusion of some people, has led to a highly individualised, selfish and angry society. We see expressions of this whenever we come together both as family, friends and as strangers. And, sadly, we most often see this angry violence projected on the excluded, marginalised or less powerful. We know from the Statement, for example that Indigenous Australians experience violence at much higher levels than non-Indigenous people and racial or cultural minorities are too often victims of anger and real or threatened violence, as was so publicly typified in the 2005 Cronulla Riots. Domestic violence too is most often directed at women and children, two groups who typically have less power and experience varying degrees of marginalisation through unequal access to education, employment and fair wages.

Our violent tendencies also find some of their roots in our institutions and social and cultural structures. We see this most obviously in the treatment of Indigenous Australians from the violence that characterised Australia’s early colonial period, through to the many institutions like government missions, forced child removal and family placement to the current problems with the higher proportion of Indigenous prisoners and their disproportionate experience of death in custody. We also see it in the forced detention of refugees and asylum seekers who arrive to this country by boat. The often inhumane conditions in which they are detained, including the lack of legal due process and transparency both for them and the Australian public, have created institutions and a political culture built on and continually perpetuating violence, fear and the dehumanisation of the marginalised, poor and ‘other’.

The degree to which violence and fear find a home in our cultural and social fabric is evident in some of the indicators measured by the Global Peace Index. In that study, factors like incarceration, homicides, perceptions of criminality, weapons exports and imports and access to them, as well as levels of funding for military expenses and peacekeeping expenses indicate that although Australia largely falls in the ‘peaceful’ category there are institutions and behaviours that belie our fear of each other and others beyond our borders.

When it comes to peace here at home, we must start with ourselves. We must first be peaceful people because we cannot be symbols of or leaders for peace if we do not have peaceful characters. To begin, learn about the Church’s teaching on what it means to be a person of peace by the example of Jesus. Spend some time in personal reflection on your life – at home, at work, in your community and with yourself. Consider some of these questions to help you evaluate: 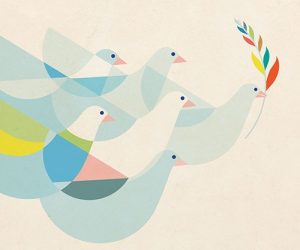 In your community: As you cultivate peace in yourself and in your home begin to reflect on the communities you’re involved with and consider some of these questions and the possibilities for you to take action. Consider these especially in relation to your parish.

Sources: All sources are embedded in the text, please follow these links to be redirected to original source and further information.