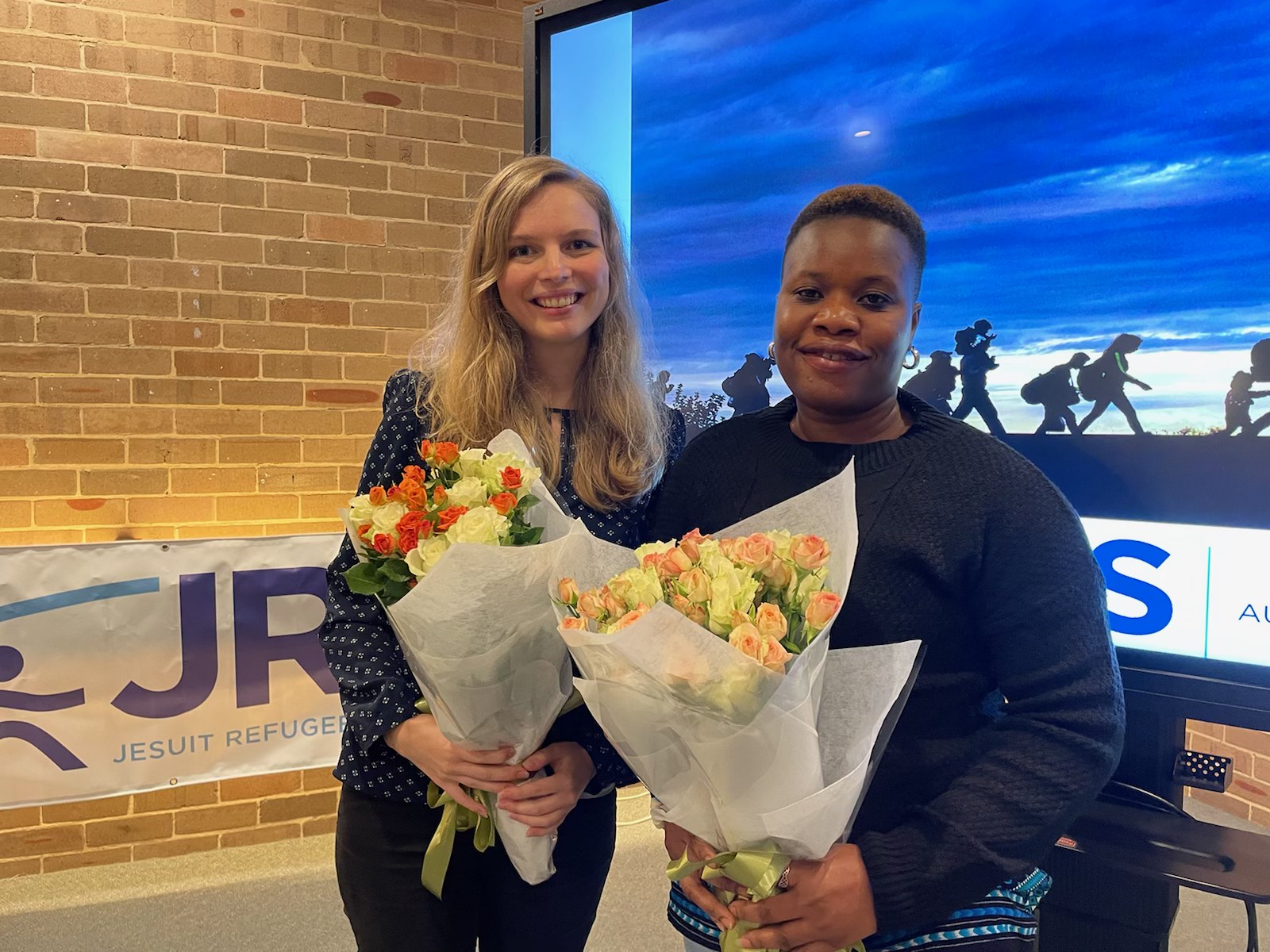 The Holy Name of Mary Hunters Hill parish social justice group organised an inspiring event for Refugee Week 2020. Magdalene, a young journalist from Sierra Leone told her story of seeking protection from persecution which both moved some to tears and galvanised others to take action to support and advocate for people still seeking protection in Australia.

Eighty people gathered into the parish hall on a cold dark Tuesday evening to listen to Magdalene’s story, gain a better understanding of Australia’s policy and treatment of people seeking protection and learn about ways they could spread the word or get involved.

Magdalene, an award-winning sports journalist in Sierra Leone also started advocating against the practice of female genital mutiliation/cutting resulting her in being attacked and beaten. In a particularly difficult part of her story she recounted how those who were supposed to protect her did not.

Being given an assignment to cover the Commonwealth Games on the Gold Coast in 2018, she used the opportunity to apply for protection in Australia. Then began the long and arduous process of Government investigation of her claim made even more difficult by the Australian Government’s high threshold of documentary evidence required to prove that persecution has taken place. Needless to say, this is information that is not easy to compile and take with you when you are fleeing to another country.

With the help of several refugee support organisations including the Jesuit Refugee Service, Magdalene’s claim for protection was finally recognised but this still means that she is only granted a bridging visa.

Having pursued a new avenue of study and work, Magdalene would still be eager to return to her career in journalism if she were able to. As Magdalene profoundly put it: “People seeking asylum are not bad people. We are fleeing from persecution. We cand do so much if you give us the opportunity…When you seek asylum, you have to start from zero”.

Magdalene’s story was so powerful that it inspired someone in the audience who has also sought protection in Australia to share her story, which she has not done before.

The idea for this event came from a gathering organised by Jesuit Refugee Service in March of various Catholic parishioners from all over Sydney. Many of those parishioners had been working to support people seeking protection for several years, did more than the usual in Covid due to the increased need and came together to see what could be done in 2021. A similar evening was held with the Hunters Hill youth group a few weeks ago and served as an even stronger motivation to hold an event in Refugee Week.

Several people were appalled at the cruelty of Australia’s policies towards people seeking protection particularly in relation to the lack of federal government support during covid and the low priority given to family reunion. Many expressed an intention of getting involved immediately from contributing to the food bank to helping to tutor unaccompanied refugee minors to employing someone who is currently seeking protection.

To find out more about Refugee Week with JRS Australia click here for their update.

To find out more about the 150 Days of Action for Refugees and People Seeking Asylum click here.