For Those Who’ve Come Across the Seas 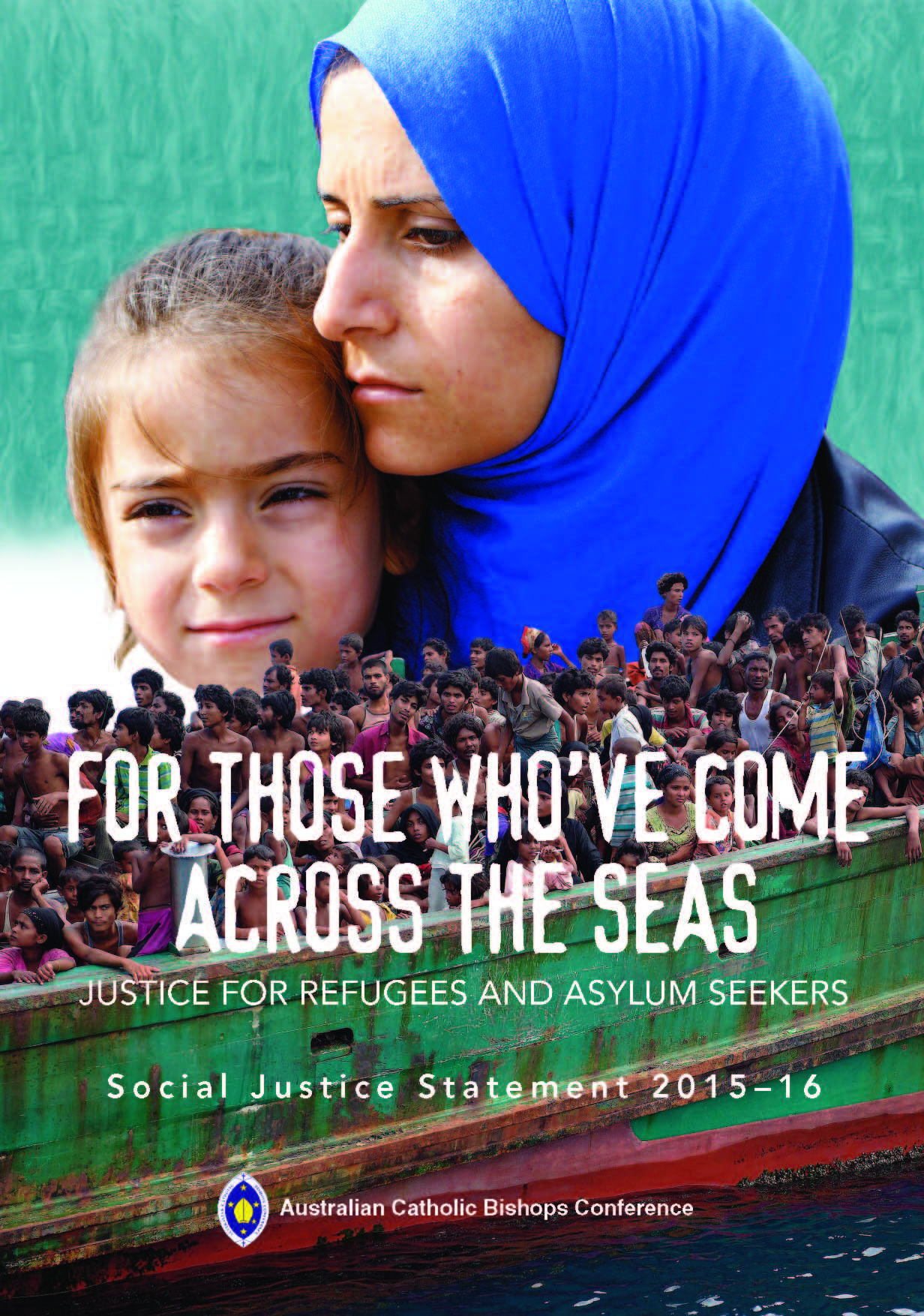 Entitled “For those who have come across the seas…” , it is about justice for refugees and asylum seekers.  The title derives from the second verse of our national anthem, Advance Australia Fair:

Beneath our radiant Southern Cross
We’ll toil with hearts and hands;
To make this Commonwealth of ours
Renowned of all the lands;
For those who’ve come across the seas
We’ve boundless plains to share;
With courage let us all combine
To Advance Australia Fair.
In joyful strains then let us sing,
Advance Australia Fair.

Launching the Statement, Bishop Long stated, ‘Australia, like every other nation, has the right to regulate migration flows and assess the status of people seeking protection within its borders. And, certainly, we should be working to stop people smuggling and preventing deaths at sea. But these concerns must not lead us to treat asylum seekers and refugees with cruelty, harshness and injustice.’  Further, he said: ‘Australia cannot claim the moral high ground and justify its policies by claiming they prevent deaths of asylum seekers at sea, when it offers no other way of giving protection and organising any avenue of safe arrival.’

Most poignantly, he added: ‘There is another way; a way to make a real difference. This other way is characterised by acceptance, leadership and generosity.’  You can read the 2015 – 2016 Social Justice Statement here.

Further information, including prayer and liturgy notes can be found on the Australian Catholic Social Justice Council website.