The Catholic Church celebrates the feast day of St Josephine Bakhita on the 8th of February each year.  Her life was a journey from slavery to freedom and faith.  The patron saint of Sudan, her life story inspires hope in the face of modern day indifference and exploitation.  As Pope Francis states:

‘She is charged with showing to all the path to conversion, which enables us to change the way we see our neighbours, to recognize in every other person a brother or sister in our human family, and to acknowledge his or her intrinsic dignity in truth and freedom. This can be clearly seen from the story of Josephine Bakhita, the saint originally from the Darfur region in Sudan who was kidnapped by slave-traffickers and sold to brutal masters when she was nine years old. Subsequently – as a result of painful experiences – she became a “free daughter of God” thanks to her faith, lived in religious consecration and in service to others, especially the most lowly and helpless. This saint, who lived at the turn of the twentieth century, is even today an exemplary witness of hope for the many victims of slavery; she can support the efforts of all those committed to fighting against this “open wound on the body of contemporary society, a scourge upon the body of Christ”.‘ (Message for the Celebration of the World Day of Peace 2015)

“To come to know God—the true God—means to receive hope. We who have always lived with the Christian concept of God, and have grown accustomed to it, have almost ceased to notice that we possess the hope that ensues from a real encounter with this God. The example of a saint of our time can to some degree help us understand what it means to have a real encounter with this God for the first time. I am thinking of the African Josephine Bakhita, canonized by Pope John Paul II….She was born around 1869—she herself did not know the precise date—in Darfur in Sudan. At the age of nine, she was kidnapped by slave-traders, beaten till she bled, and sold five times in the slave-markets of Sudan. Eventually she found herself working as a slave for the mother and the wife of a general, and there she was flogged every day till she bled; as a result of this she bore 144 scars throughout her life. Finally, in 1882, she was bought by an Italian merchant for the Italian consul Callisto Legnani, who returned to Italy as the Mahdists advanced. Here, after the terrifying “masters” who had owned her up to that point, Bakhita came to know a totally different kind of “master”—in Venetian dialect, which she was now learning, she used the name “paron” for the living God, the God of Jesus Christ. Up to that time she had known only masters who despised and maltreated her, or at best considered her a useful slave. Now, however, she heard that there is a “paron” above all masters, the Lord of all lords, and that this Lord is good, goodness in person. She came to know that this Lord even knew her, that he had created her—that he actually loved her. She too was loved, and by none other than the supreme “Paron”, before whom all other masters are themselves no more than lowly servants. She was known and loved and she was awaited. What is more, this master had himself accepted the destiny of being flogged and now he was waiting for her “at the Father’s right hand”. Now she had “hope” —no longer simply the modest hope of finding masters who would be less cruel, but the great hope: “I am definitively loved and whatever happens to me—I am awaited by this Love. And so my life is good.” Through the knowledge of this hope she was “redeemed”, no longer a slave, but a free child of God.” 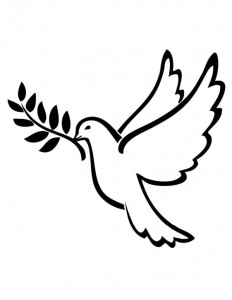 The International Day of Prayer and Awareness Against Human Trafficking is also held on 8 February each year in light of the example of St Josephine Bakhita, so that we might reflect on the circumstances of violence and injustice affecting millions of voiceless people.  We can do this by stopping for a few moments a saying a prayer to God.  We can also learn more about modern forms of slavery and trafficking and reflect on how our choices might be contributing to a system perpetuating this exploitation.  We can join together, pray and start conversations about this important issue.

There are numerous resources available to help us reflect and pray:

The theme for the 2017 International Day of Prayer and Awareness Against Human Trafficking is: “They are children! Not slaves!”  Sister Gabriella Bottani,  International Coordinator of Talitha Kum, says the theme was chosen because “the victims of trafficking are more and more younger people: we are witnessing a progressive increase of minors below the age of 18 in sexual and labour exploitation, in begging throughout the world.”

More than reflection and prayer, however, this day calls us to action:  “Our awareness must expand and extend to the very depths of this evil and its farthest reaches, …from awareness to prayer … from prayer to solidarity … and from solidarity to concerted action, until slavery and trafficking are no more”, says Cardinal Peter Turkson (quoted in an article in Crux).  In this sense another goal of the day is encourage people to act and to take concrete steps to help eradicate slavery and trafficking.  Indeed, an essential part of freedom is our ongoing effort to ensure it is woven into the fabric of our society.  As Emeritus Pope Benedict XVI states in Spe Salvi:

“Freedom must constantly be won over for the cause of good. Free assent to the good never exists simply by itself. If there were structures which could irrevocably guarantee a determined—good—state of the world, man’s freedom would be denied, and hence they would not be good structures at all.

What this means is that every generation has the task of engaging anew in the arduous search for the right way to order human affairs; this task is never simply completed. Yet every generation must also make its own contribution to establishing convincing structures of freedom and of good, which can help the following generation as a guideline for the proper use of human freedom; hence, always within human limits, they provide a certain guarantee also for the future.”

To discover how you can contribute to the eradication of slavery and trafficking, click here.

Further links relating to St Josephine Bakhita as the patron saint of Sudan: