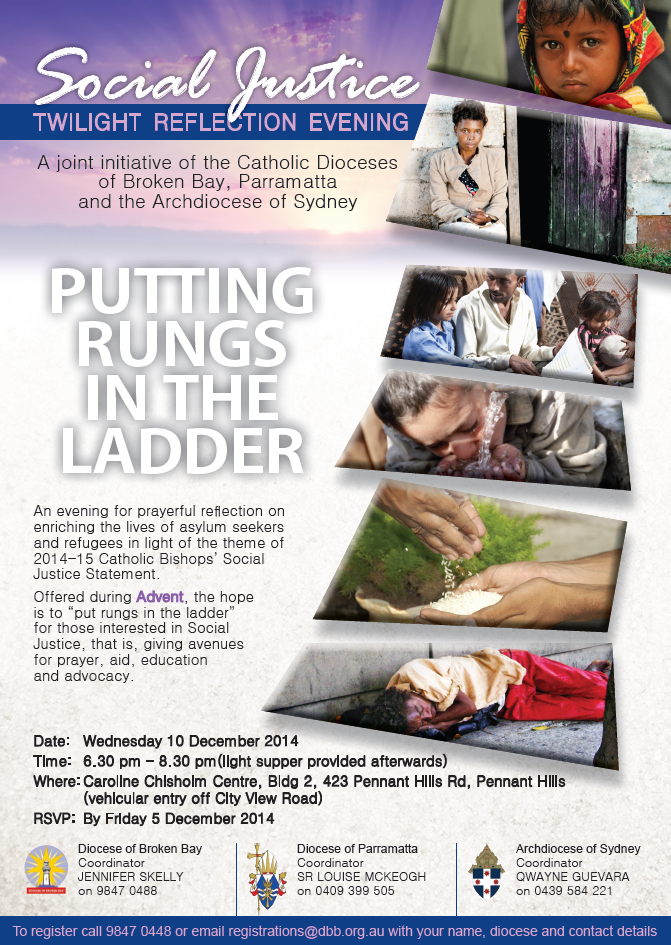 In July last year Pope Francis called for greater compassion for asylum seekers when he visited the tiny Italian island of Lampedusa. He met with asylum seekers, mainly from North Africa, who had risked their lives on boats bound for Europe. At the time the Pope said people had become indifferent to the suffering of asylum seekers.

“We have become used to other people’s suffering, it doesn’t concern us, it doesn’t interest us, it’s none of our business,” Pope Francis said. “A change of attitude towards migrants and refugees is needed on the part of everyone, moving away from attitudes of defensiveness and fear, indifference and marginalization.”

We want to be part of the change! The Justice and Peace arms of the Broken Bay and Parramatta Diocese, and the Archdiocese of Sydney invite you to an evening for prayerful reflection on enriching the lives of asylum seekers and refugees.

This event will be during Advent and the hope is to “put the rungs in the ladder” for those interested in Social Justice, that is, giving avenues for prayer, aid, education and advocacy.