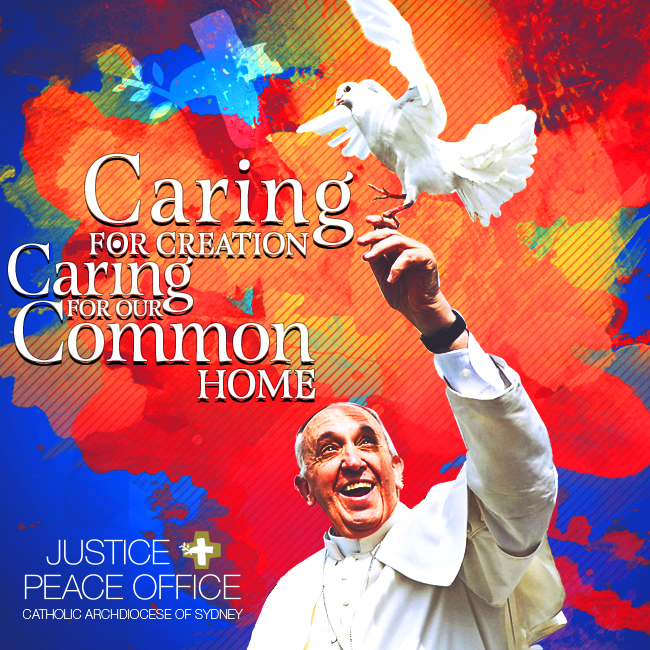 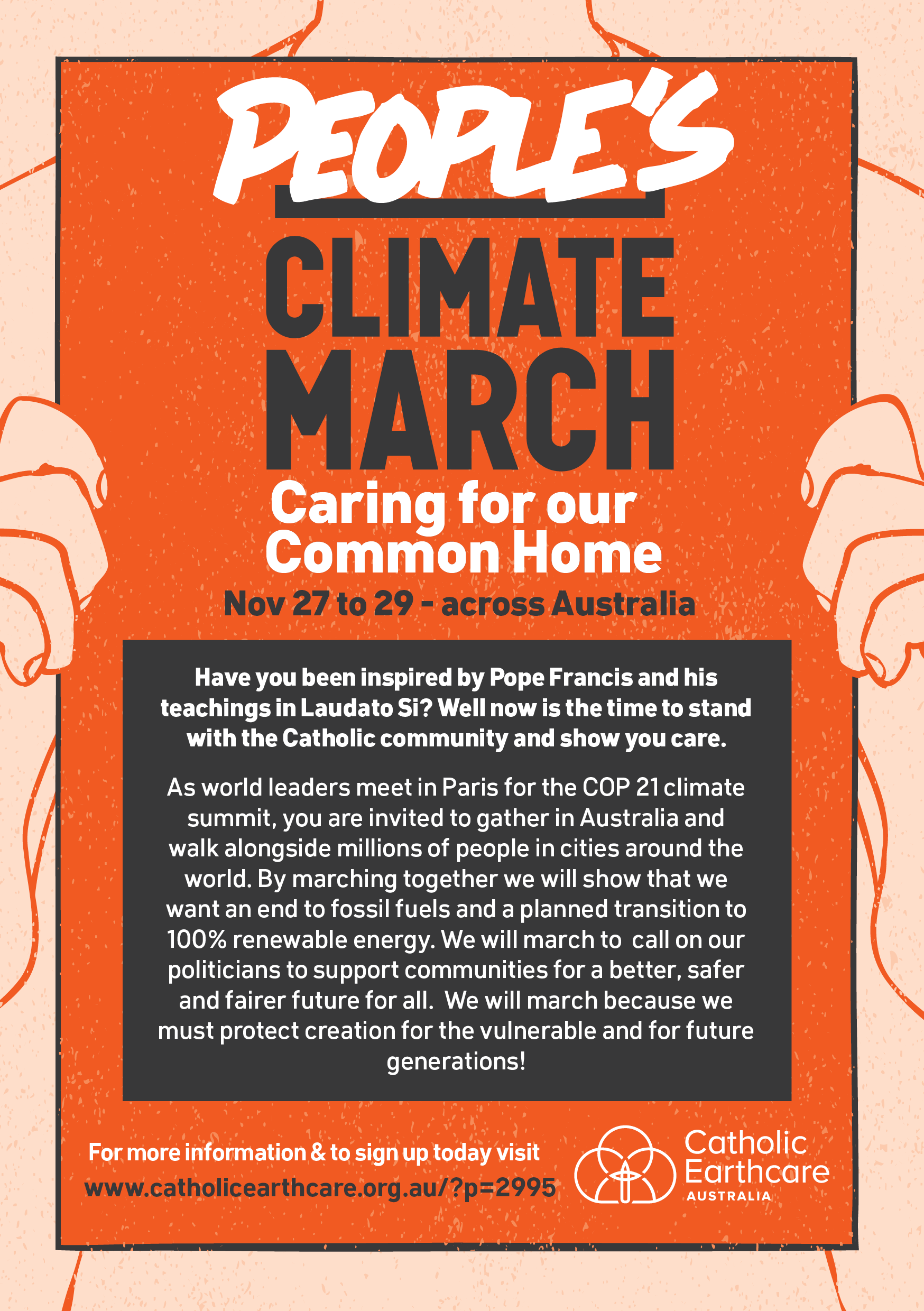 As world leaders meet to discuss the future of our common home at COP21 climate talks in Paris, you are invited to join the People’s Climate March and walk alongside millions of people in major cities around the world. Come along with your parish, family and friends for a colourful, vibrant, fun and united display of people power. Marches will be taking place across Australia from the 27th – 29th of November in Melbourne, Sydney, Brisbane, Adelaide, Perth, Canberra, Darwin and Hobart.

By marching together we will show that we want an end to fossil fuels and a planned transition to 100% renewable energy. We will march to call on our politicians support communities that are building a better, safer and fairer future for all. We will march because we must protect creation for the vulnerable and for future generations!

Stand with the Catholic community and show you care!

As part of the Global Catholic Climate Movement we are calling on Catholics around the world to  “pray and mobilise as never before, to put into practice the Pope’s Laudato Si’ message”. Cardinal Turkson, President of the Pontifical Council Justice and Peace, said recently: “The message of Laudato Si’ needs to be integrated into the active commitment of citizens who organize to make the pope’s message resonate in the halls of power and who demand courageous action on the part of leaders and negotiators in favor of the poor and of the planet. On Nov. 29, this is what hundreds of thousands of men, women and children will do in the Global Climate March…”

To walk with the Catholic Community in Sydney:

For information for other capital cities see: http://catholicearthcare.org.au/2015/09/peoples-climate-march/