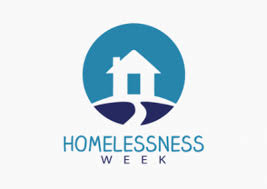 Homelessness Week is an annual week coordinated by Homelessness Australia (HA).  It is used to raise awareness of people experiencing homelessness and the issues these people face. It is held in the first full week of August each year.

Homelessness Week came about from various churches and missions running winter vigils to remember people who had died on the streets.  These vigils were normally held in August as it is the coldest time of the year and when most people were likely to be overcome by the elements.  Over the years, more churches became involved and in 2007 Homelessness Australia (then the Australian Federations of Housing Organisations AFHO) began coordinating it as a national awareness week.