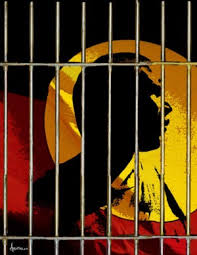 The 15th of April 2017 marks 26 years since the Royal Commission into Aboriginal Deaths in Custody handed down its final report, which set many directions in current Indigenous policy.

The commission was established in 1987 by the Hawke government, and examined 99 Indigenous deaths in custody between 1 January 1980 and 31 May 1989. The key finding of the Royal Commission was that the deaths were due to the combination of police and prisons failing their duty of care, and the high numbers of Indigenous people being arrested and incarcerated. Indigenous and non-Indigenous prisoners did not have different death rates.

The Commission examined both the immediate causes of deaths and the factors leading to Indigenous incarceration. Approximately 40 per cent of the Royal Commission’s 339 recommendations concern social factors including youth policy, education, alcohol, health, employment, housing, land rights, self-determination and reconciliation. This set the foundations for current ‘Close the Gap’ efforts.

Want to know where we are now? Visit Parliament of Australia to find out!