Demilitarising our hearts and our homes 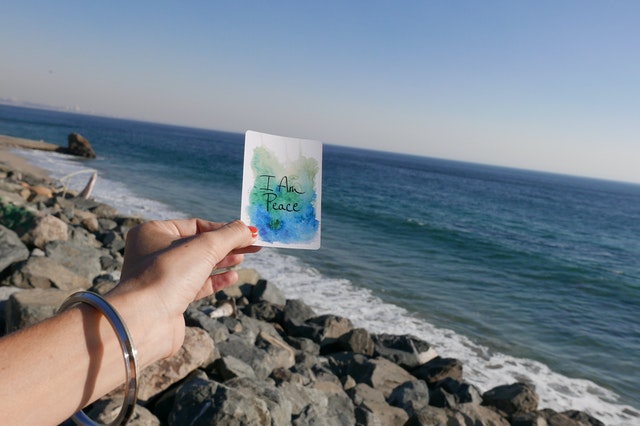 Last Saturday morning I had one of those rare moments where the solution to a historic and global problem was briefly intersected by the problem itself. Let me explain.

I was happily listening and watching a wonderful webinar presented by the World BEYOND War, the Independent and Peaceful Australia Network, and the Pacific Peace Network in my home office. I listened to veteran activists and peaceniks from across the Pacific tell stories as old warfare itself – stories of colonisation and oppression. If you’re interested, here is the recording on YouTube.

The Guam-based group Prutehi Litekyan put the issue very plainly saying in part: “We oppose Talisman Saber (the war games being conducted in the Great Barrier Reef last week) and its violent activities and war games that lead to the destruction and desecration of culturally significant sites on land and sea, including the Great Barrier Reef. Talisman Saber is a clear injustice of US imperialism, environmental racism, and a violation of the inherent rights Indigenous Pacific people and all that is sacred. We oppose the occupation by over 17,000 soldiers including 8,000 U.S. military personnel and nearly 800 from other countries in Australia to carry out these horrendous war manoeuvres. We stand in opposition to the burdens placed on Pacific communities, especially those in Australia.”

As I was listening to the speakers I heard a growing rumble of noise and then thundering shouts outside my home in inner Sydney. A slightly frightened daughter asked me to come and have a look at what was happening in our street.

I saw over a thousand people marching up the little street screaming for freedom, but wearing signs and logos that took me back to my history lessons. One man was wearing a T-shirt with the picture of a rat on it and the words; The first plague started here. It had the Star of David inside the rat. Other people carried signs like “Trump was Right”. When my daughter refused their invitation to join the rally they threatened her with violence.

Over the last forty years I have been to many political protests, but this was the first time in my life I was frightened and frightened of my fellow country men and women.

We are a nation desperately in need of peace building. We live in a region that is becoming hyper-militarised right now. We have leaders like the Prime Minister and Defence Minister who are actually whistling up the idea of war with China – as if we could win such a war!

Last weekend has reinvigorated my desire to work for peace and to work with people, First Nations people, across our region to do that. It would be wonderful if we could do this work together as a Church of peace.

This is the PACIFIC PEOPLE’S DECLARATION FOR PEACE July 2021

We, the peoples of the Pacific, aim to create a peaceful, sustainable, and thriving region free of militarism and its negative consequences. We stand in solidarity with each other, empowered by the spirit of our ancestors and as stewards of Moana Nui (the Pacific Ocean). We envision the following:

· A halt to all military exercises (in land, sea and air) in the Pacific region that threatens the sustainability of our physical environment;

· The closure of all foreign military bases, facilities and installations;

· The clean-up of all toxic military sites that have led to the death of people in surrounding base communities to cancer and other diseases that result from exposure to toxic military contamination of lands, territories, and waters;

· The end to weapons testing in the Pacific, and the increasing weapons sales through the introduction of new weaponry in the guise of modernizing and capacitating the military forces of allied countries through the year-round military training and exercise

Anyone who is interested is invited to endorse the Pacific People’s Declaration of Peace. When you endorse the declaration, you can also sign up to receive updates about the Pacific Peace Network activities and ways to get involved.