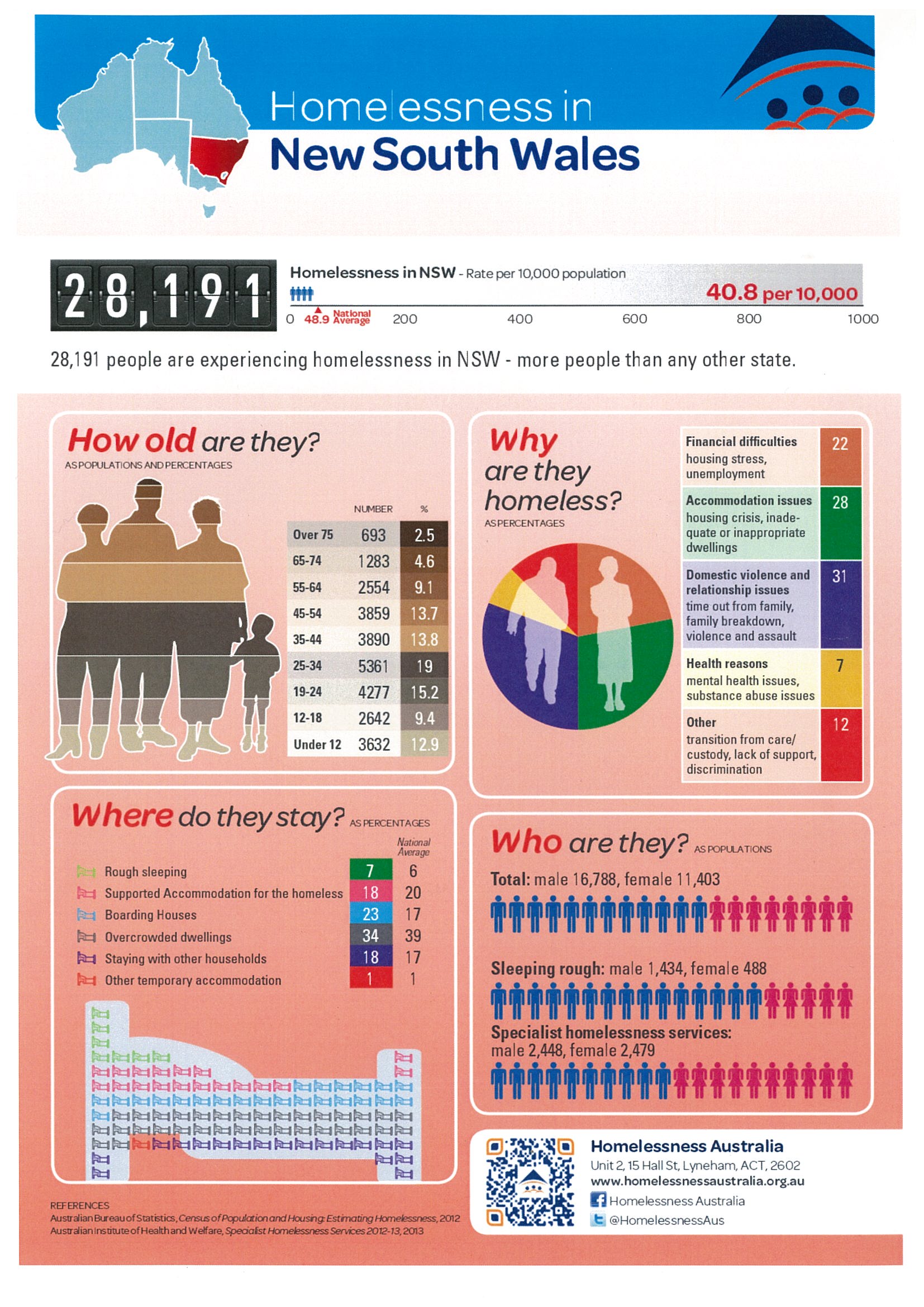 Overall, the situation in NSW is mirrored across the nation. On 2011 Census night 104 237 Australians were experiencing homelessness. About 56% of people were men with women making up 44%. Again, far more men sleep rough with about 67% of men doing so compared to only 32% of women. 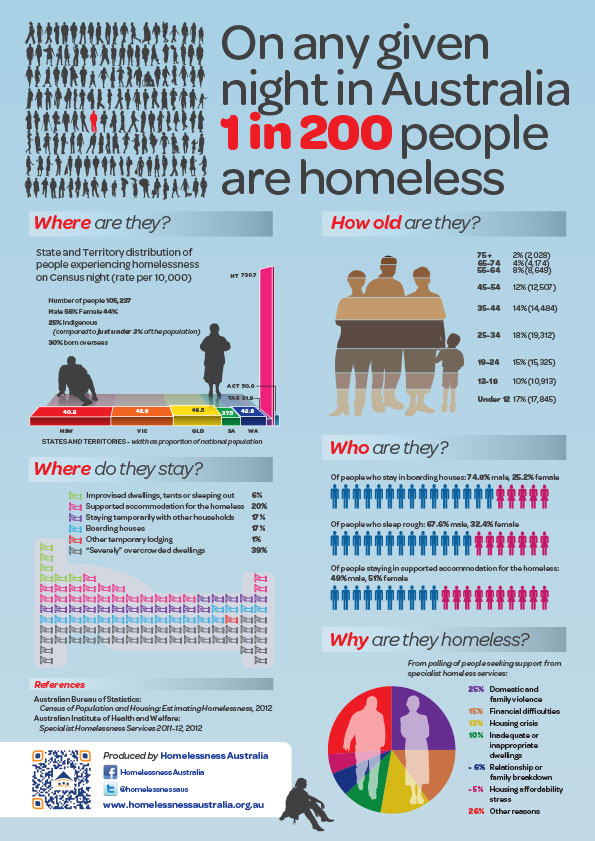 Aboriginal and Torres Strait Islander people make up 25% of the homeless population, while people born overseas make up a total of 30%. Women from these two groups, along with women living with disability, are also more likely than others to experience domestic violence which significantly contributes to homelessness.[1]

Overcrowded dwellings are the main place of accommodation, followed by supported accommodation services for the homeless. As in NSW, 25-34 year olds year olds represent the top group (18%) experiencing homelessness, but they are followed very closely at 17% by children under 12, unlike in NSW where 19-24 year olds were the second group. Together, the NSW and national figures show that it is young Australians who are bearing the biggest burden of homelessness.

People generally experience homelessness after a sequence of related events and a mix of systemic, societal, familial and personal issues. Some of the reasons people find themselves homeless include, financial difficulties, lack of adequate affordable housing, domestic violence, discrimination, health reasons as well as because of issues related to reintegrating into society after a custodial sentence.

In NSW the number one reason people were homeless was because of domestic violence and relationship issues. This accounted for 31% of homeless people, while accommodation affordability issues were the second reason at 21%. Closely related, was financial difficulties which accounted for 22%.

The reasons for homelessness across the nation are largely the same as in NSW. Domestic violence is the top reason at 23% while financial difficulties and housing affordability remain major explanations.

*Unless otherwise referenced, the figures and images in the section above are based on the 2011 Census and were compiled by Homelessness Australia.

Housing affordability is a key element of understanding homelessness because it is the second major reason people experience homelessness but is also often central to homelessness created by domestic violence and financial difficulties. Families leaving violent situations usually need secure and affordable housing to make the separation possible, while at the same time they are often facing financial difficulties due to inability to work, and the challenges created by disrupted emotional lives, isolation and child-caring responsibilities.

That family violence and housing affordability are major issues at state and national levels also helps to explain why so many young people are homeless. The  effects of increasing rental prices, insecure work or under-employment both during and after tertiary or vocational studies as well as the effects of family violence on children’s education, capacity to gain post-school skills and long-term mental and emotional health are all major factors for homelessness across the 0-34 age bracket.[2]