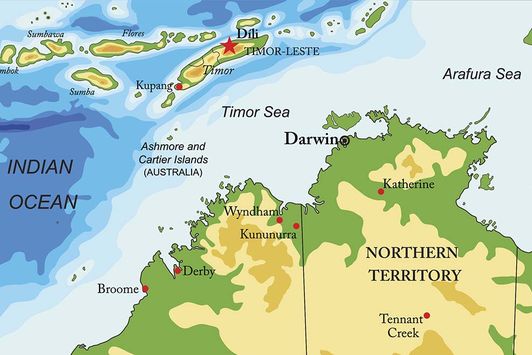 Early in January it was announced that Australia and Timor-Leste would terminate the 2006 Treaty on Certain Maritime Arrangements in the Timor Sea (CMATS). This opens the way for negotiations on establishing Timor’s permanent maritime borders and the use of undersea resources (namely, oil and gas) in the Timor Sea. The use, and profit, of these resources have been under dispute since 2002 when Timor won its independence. Since that time there has been much criticism of the way in which Australia has handled the issue. Though negotiations are likely to take some time and there is no guarantee an equitable and just outcome will be reached, but this is a big step forward to possible healing of what has been a festering wound in relations between the two countries.

Check out these two articles to get the full story and a bit of background.

A Line in the Water, Inside Story, Michael Leach

Timorese Have Had a Win But Could Still Lose Big-Time, Eureka Street, Frank Brennan